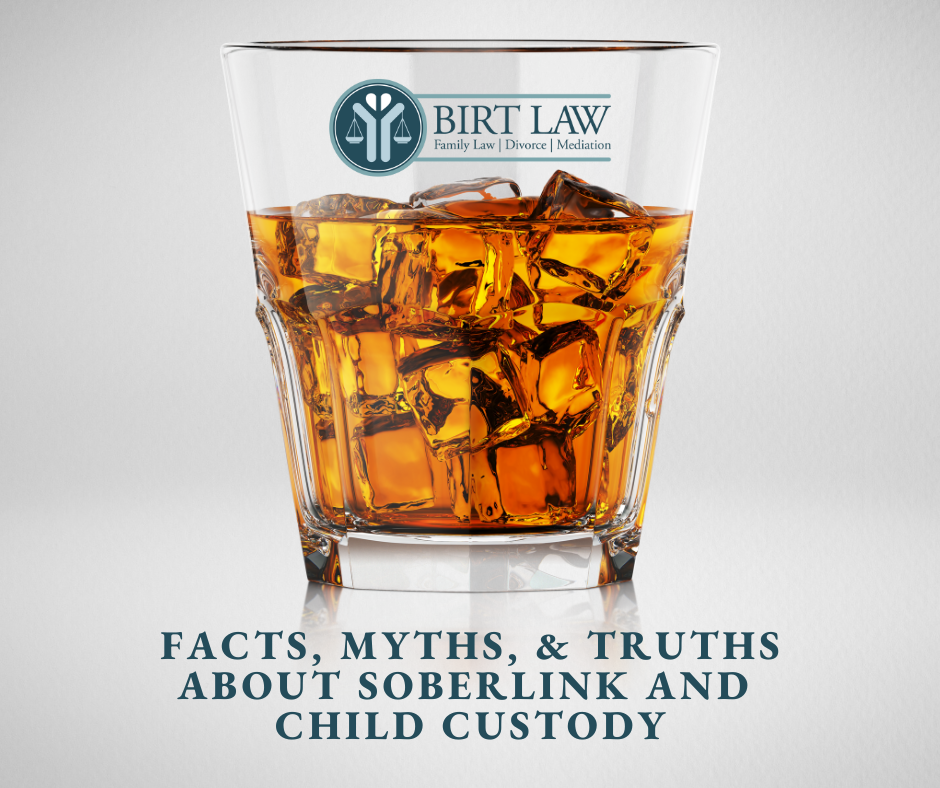 Getting a divorce presents an array of stressful challenges — especially when children are involved. Parents are thrust into painful situations when a custody battle is concerned. When allegations of alcohol abuse are part of that battle, the targeted parent can be denied visitation and custody privileges. Even though courts often favor joint custody, the court has complete discretion to act in a child's best interests when alcohol is a factor both during and after a divorce.

Unfortunately, marriages sometimes come to an end, specifically because of alcohol abuse. At these times, staying sober becomes part of the parenting plan to ensure the children's safety. In these instances, the court may ask a parent to purchase and use Soberlink, an alcohol monitoring device. Soberlink provides divorcing parents and the courts with the ability to monitor and thus ensure that children are safe and that the relationship between the parent with the alcohol problem and children can flourish unimpeded.

Soberlink is a portable breathalyzer with wireless connectivity that incorporates state-of-the-art facial recognition, tamper detection, and real-time reporting capabilities. It's an easy-to-use monitoring system connected by a cellular device to a cloud-based web portal. It is used to support ongoing accountability for sobriety or support accountability during parenting times.

Soberlink has become an effective tool in divorce and family law to confirm someone's identity and sobriety. The validity of its results has been testified and defended in court. When using Soberlink, the parent undergoing monitoring has a pre-arranged testing schedule corresponding to their parenting time.

When using the Soberlink system, there is:

How Is Soberlink Used in Family Law Cases?

In the past, the courts could only monitor someone's alcohol consumption through random testing. Unfortunately, this process left excessive drinking undetected in many instances. In addition, those involved in accusations of excessive drinking were forced into a “he said, she said” situation that raised the stress and conflict levels of divorce and joint parenting.

Without a resource such as Soberlink, a judge has to use their judgment to determine if an accused parent is able to maintain a clean and safe home, provide meals, monitor a child's school attendance, and more. Because the courts want what's best for the children, an easy-to-use solution like Soberlink offers everyone a path toward keeping child-parent relationships loving and healthy.

Soberlink is on its fifth iteration and is used in all 50 states in family court. According to Soberlink, the device “contains a professional-grade fuel-cell sensor with a detection range of 0.000% – 0.400% BAC and accuracy level of +/- .005 BAC.” The fuel cell that Soberlink uses is globally trusted and used for high-end workplace and law enforcement breath alcohol instruments.

With Soberlink, the court can document compliance and noncompliance. When a Soberlink test result is positive, the user will receive a message to retest in 15 minutes. If that next test still does not comply, the user is prompted to keep retesting every 15 minutes until a compliant test is submitted or three hours have passed. In addition, contacts are set up to receive an immediate email and/or text alert following positive or missed tests. Through this system, the court gains assurance that a parent with a history of alcohol use can be trusted before awarding custody or visitation privileges to that parent.

To standardize the best practices of Soberlink, a panel of addiction treatment specialists was formed to determine the best way to use this tool instead of relying on myths. The findings were published in the Journal of Addiction Medicine's March/April 2017 issue:

Contrary to what some believe, Alcohol Use Disorder (AUD) is a medical condition and is considered a brain disorder. The National Institute on Alcohol Abuse and Alcoholism reported that in 2019 close to 15 million people in the nation had AUD. It poses a serious challenge in child custody cases as about one in ten children live in a household where a parent has an alcohol issue, and divorce is more prevalent in households where one spouse abuses alcohol. In addition, children with a primary caretaker who is unresponsive to their basic needs have a higher risk of developing depression, anxiety, and a failure to thrive.

When deciding on child custody cases, the court will take into account a child's physical, emotional, educational, and medical interests and wants a high level of assurance that the parent with a history of alcohol use can be trusted.

Erin Birt, Esq. is both an attorney and addictions counselor with experience in the use of Soberlink as a tool to help clients fulfill their parenting goals. If alcohol abuse plays a role in your divorce proceedings, consider scheduling a consultation with Birt Law by calling (630) 891-2478. A struggle with alcohol does not have to result in losing one's ability to parent when Soberlink can verify sobriety during parenting times.