Maintaining A Parenting Plan After A Second Divorce 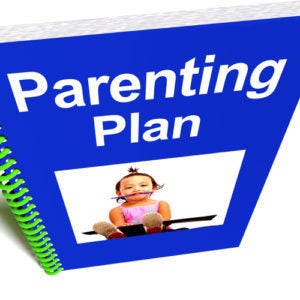 The good news is that you aren't required to do this as part of your divorce planning. Here's why.

Under Illinois divorce law, and indeed in most states, support owed to a child from a first marriage/relationship does not have to be adjusted in order for a parent to provide support to a child/children from a second relationship.

You worked hard in your first divorce to allocate parenting time and decision making. Perhaps the second divorce is causing an increase in stress within your home and for your children from the first marriage.

Generally, the court will not modify the first parenting plan without a compelling reason. These include mental illness, alcoholism, drug addiction, criminal activity, a troubling environment—in short, anything that can be clearly shown to have a negative effect on a child's health, safety, and welfare.

Modification of an Allocation Judgment or Parenting Plan, however, will also be considered if both parents agree to the new plan parameters and for other situational factors, all of which consider the child's best interests. Any modifications should be written, signed by both parents, and entered with the Court.

Ending any marriage is difficult, but your second divorce does not have to affect your first parenting plan or allocation judgment, unless you or the court feel it's in the best interests of the children.

Family mediation and the collaborative divorce process can help divorcing couples resolve their issues to everyone's satisfaction. Contact me to see how your divorce can benefit from this process.

Are Limited Scope Services Right For Your Divorce?