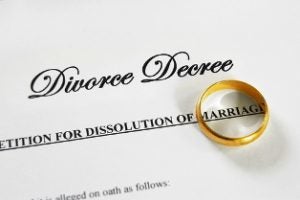 SPOUSAL MAINTENANCE – In re Marriage of Roberts

After 37 years of marriage, a public school teacher filed for dissolution of marriage from her husband, a disabled pharmacist. When determining spousal maintenance, the trial court ruled to divide the wife's pension plan equally between both parties but denied the wife's request for spousal maintenance. The court did not include the husband's Social Security disability benefits as part of the decision, citing that these benefits cannot be considered in property division.

The wife filed a motion for the court to reconsider this, stating that this ruling would cause her financial hardship upon retirement because it would prevent her from having the same standard of living she achieved during the marriage, while her husband would have the ability to pay. She requested that the pension money be awarded solely to her or, if split with her husband, that he pay monthly maintenance to her equal to the amount he would receive from pension plan. When the trial court denied this motion, the wife filed an appeal.

They reversed the trial court's order denying maintenance and ruled that when the wife retires the court must consider the value of her husband's Social Security benefits in determining the amount of maintenance that she will receive.

In this case, a father filed a malpractice suit against the clinical psychologist appointed by the court as an expert in the father's divorce proceedings. The psychologist diagnosed the father with obsessive-compulsive disorder. The father contended that this “diagnosis deviated from the standard of care in clinical psychology and, as a direct and proximate result, [he] lost custody of his children.”

The father claimed that the psychologist was appointed only to advise the court of his children's wishes around child custodyand visitation, and the psychologist exceeded this role by seeking and being granted approval to force the father into psychological testing.

In the end, the court ruled against the father and in favor of the psychologist stating that the “[psychologist] acted at the direction of the court in the dissolution proceedings and [is] entitled to absolute immunity regardless of whether the direction given was proper under section 604(b)” of the Marriage and Dissolution of Marriage Act.

These two cases highlight the hardships–legal fees, time in court, family disruption–that can often be avoided by using settlement-based divorce practices such as family mediation or collaboration in the divorce process.

If you'd like to reduce or prevent these types of difficulties in your divorce, contact me for more information.