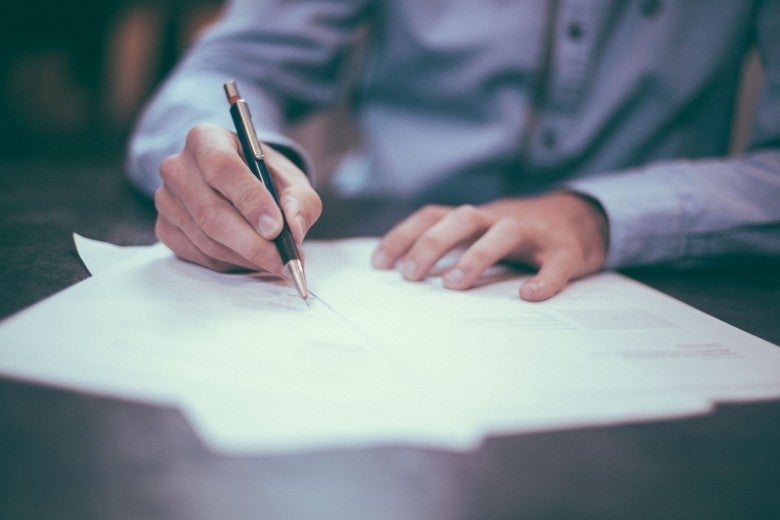 For couples who turn to mediation for resolving divorce issues in Illinois, it's essential to know whether or not the mediation agreement is enforceable as divorce settlement agreement. A common question is: is a Divorce Mediation Agreement Legally Binding?

A recent Illinois Appellate Court case, In re Marriage of Akbani, highlights the critical role of the mediation agreement.

The couple in this case initially signed a divorce and separation agreement in 2008, but several matters were left for further discussion and resolution including division of business assets and other financial issues.

In 2010, the couple participated in voluntary (non-court-ordered) divorce mediation in an attempt to solve the remaining disputes. The mediation was overseen by a retired judge and attorneys were not present for either party during mediation.

Upon completion of the mediation, the couple both signed a hand-written agreement that stated, “The above parties, having submitted this matter to mediation, do now agree that their dispute has been compromised and settled on the following terms: Review and consultation with respective attorneys.”

The handwritten agreement was later typed into an official document which the husband signed but the wife, after having it reviewed by her attorney, refused to sign the document or agree to its terms. When the husband filed a motion to enforce the agreement, the court ruled that it was unenforceable due to the attorney review provision, which they found to be a clear and unambiguous condition of the agreement.

The appellate court agreed with the trial court's ruling, stating that “the attorney review provision is plain and unambiguous in that, as a term of the contract, each party is allowed the opportunity to review and consult with his or her respective attorney.”

In short, the ex-wife had the legal right to review the mediation agreement with her attorney and then sign or not sign based on her attorney's advice.

Divorce mediation offers many benefits and can help parties reach a mutually acceptable agreement. However, because a mediation agreement may in fact be binding under certain circumstances, I always recommend that divorcing parties should not sign without first reviewing it with an attorney.

As further protection and in consideration of situations such as the above case, my mediation agreements, also known as a Memorandum of Understanding, also contain a provision stating that it is non-enforceable until signed by a judge. This removes any ambiguity that could result in on-going court appearances in regard to the final mediation agreement.

Handled properly by a trained mediation attorney, divorce mediation is an excellent way to resolve difficult issues and bring closure to an already difficult situation. Contact me to learn how my divorce mediation services can help you or to determine whether Divorce Mediation Agreement Legally Binding.

All Legal Services Are Not The Same