Our client knew his wife was having an affair. She flaunted it. She told her friends about it. She posted it on social media. She also publicly engaged in activities with her boyfriend. Our client had had enough of her behavior and chose to move to a family home while he figured out what to do for himself and his two small children. Soon after he left the marital residence, his fears came true, his wife had moved her boyfriend into his house with his kids.

Once when he arrived to exchange the children at an agreed upon location, his wife arrived in a car that was unfamiliar to him. He asked about the car and she said she was borrowing it from a friend. For every child exchange after that, however, his wife was driving that car. Sometimes, when our client would return to the marital residence to gather the children, he would notice things at the house that did not belong to him like another man's clothes and a motorcycle in the garage.  Absolutely frustrated with his wife's behavior, her lack of interest in working on the marriage, and her disregard for the safety of their children (she frequently left the children of the care of this questionable man), he retained the firm to end his marriage.

His goal was to be amicable and straightforward so that the divorce would be efficient and not cause further harm to the children. The wife, however, had a different plan. She engaged in tactics that delayed the progress of the case, manipulated emotions to drag out the case, ignored discovery requests, and likely assisted her boyfriend in avoiding being served for a deposition. What the wife didn't count on, however, was our divorce attorney's commitment to finding facts and taking the matter to trial. Our firm hired a private investigator to watch the house, monitor who was present at the house, and to ensure the safety of the children. Our attorney strived to resolve the case by settlement, but knew, if needed, she was absolutely prepared to present a well organized case to a judge that included putting the wife on the stand about her infidelities.

Even when the wife's attorney explained to her the risks of testifying and not settling her case, out of anger and a desire to hurt her husband, she forced her attorney, and our client, to go to trial. Under oath, she evaded questions, attempted to be vague, but her charades didn't last long. Our attorney, Erin Birt, successfully asked the Court to reprimand her and remind her of her oath to testify truthfully.

While our attorney remained calm, organized, and stuck to proper procedures, the wife became enraged and angry. Sticking to her well prepared arguments and questions, our attorney asked the wife systematically about the amount of time her boyfriend stayed at her house, that he prepared all meals for the children, that he babysat the children, that he stored his prized motorcycle at her residence, that he gave her his car to use, that his clothes were located at her residence, that he spent nearly every night at her residence, and ultimately, that he had a sexual relationship with her at the residence. With each affirmative answer the wife gave, the judge made note, and the wife grew more angry and more truthful. When our attorney requested the Court permanently bar the wife from ever receiving maintenance from her husband, the Court clearly agreed and explained in detail that the wife provided sufficient evidence to bar her ever receiving an award of maintenance from our client.

The permanent barring of maintenance saved our client thousands of dollars each month. He was able to finance a home in a good school district and provide a great education for his children. Our client never wanted to go to trial, and while most cases settle and don't proceed to trial - rest assured that, if necessary, our firm can fact find and organize a case for a successful resolution by a jourt. 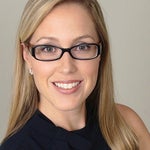